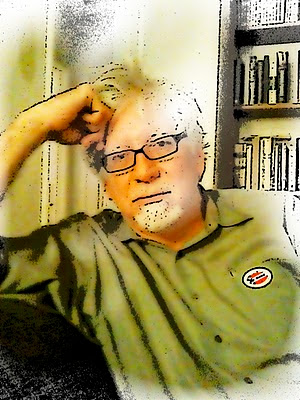 By Joe Straw
Friday, October 29, 2010 at the Unitarian Universalist Community Church of Santa Monica.
Why did I go?  Fifty percent was for a fundraiser given to a good cause, www.kiva.org, which gives micro loans to Mexico and Central America.  This organization is getting  high praise these days as it’s been as one of Oprah’s favorite things of 2010.
Briefly, the story was based on an actual incident of a man crossing the border and being hearded at night by a coyote when he comes across a white boy, a survivor of an automobile accident, alone in the desert.  Rather than leave the boy, the man stays until help comes. And for this good deed, he is deported.
Wow!  Sounds like a great story and with music to boot. But the first thing I noticed when reading the program from this Arizona cast was there was neither a man in this production nor a little boy.  And no Hispanic actors in this cast at all. Oh, and then I remembered, they don’t have visible Hispanic people in Arizona anymore, which would explain why the cast was white.
(Sarcasm is such a wasted emotion.)
Okay, okay, okay but I think I can get beyond this. (Think Mary Martin in Peter Pan, or Marlon Brando as Sakini in Teahouse of the August Moon.)
Or can I?  Well, no I can’t.
Principal singer Patty Christiene Willis is also the storyteller. Mary Lou Prince is the composer and the pianist, Helene Benedikte on cello and the other backup singers were Marla Daugherty, Claire Coon, Suzanne Miller, and Seja Snow, a female version of the Jordanairs without the Elvis.
This presentation was inspired by the incident but in reality has nothing to do with a man from Magdalena or the boy he saves.  It is a footnote in the life of the narrator on stage. And Willis only reads the article she pulls from a sewing basket.   Why she keeps the article is never explained.
As near as I could make out this is a story of a woman who lives in Arizona near a border crossing and that’s about as close as we come to the Man from Magdalena.  Willis struggles with the part and the many characters she plays.  Stopping the action to sit in the chair with her back to the audience as the music plays on does not move the story along.  And the same can be said for the silent costumes changes on stage.
The music was melodious. The lyrics are forgettable.  The performers, serviceable.
In truth, this production was in need of a director, badly.
For the most part everyone sang in tune, when the lyrics were not forgotten.  But this was a one-woman show in need of a better story and objective. And if you’re going to include other people on stage, like the singers, they better darn well have a relationship with the folks on stage with them.
The Man from Magdalena should start from scratch and not mischaracterize the story about a man and a boy.
Posted by Joe Straw at 10:18 PM