Teatro Luna (Moon Theatre), the nation’s only All-Latina theatre troupe (Really?) from Chicago, presents “Generation Sex”, a world premiere engagement of a new comedy directed by Alexandra Meda and developed by Abigail Vega at the Los Angeles Theatre Center, through May 17th, 2015.

“Generation Sex is about sex:  straight sex, same-sex, androgynous sex, rough sex, sweet sex, romantic sex, celibacy, virginity, promiscuity, hooking up, feminist sex, but especially Millennial sex and the impact that new technology has had in the search for and acquisition of sex and hopefully, connection.”  - The press release.

I saw a show on Saturday night with six lovely women in this All-Latina comedy troupe. Except I think they were four Latinas and one African American woman.  Their names were Khanisha Foster, Elizabeth Nungaray, (she looks a lot like Mickie), Pili Valdés, Abigail Vega, Kelley Williams, and Denise Walls (who did not perform the night I was there).

They came out and… you know, here’s the thing… we never spoke about sex while I was growing up in the South.  And these women let all of this information out like it was on the tip of their tongue. They weren’t embarrassed by it – not in the least.

I remember riding back in the car from grandma’s house when you spoke about of woman who was raped; it was kind of disturbing for us as well as for you.

Certainly, this show was an eye-opening experience and there were some things that I just didn’t quite get. Some things worked really well, others not so well. I suppose you could consider this show a series of vignettes, not linear as usual in a play.  And yet, the performers in this show are very open, they want to be heard, and they want to give you a story. Some of it was like a Latina Chorus Line without the songs.

There was this one scene where Australian women are in the outback chasing down the elusive clitoris.  Sorry, I didn’t mean to be so out there.

And then there was a woman who was raped and her circle of friends told her that it wasn't really rape.  I’m 100% sure they weren’t her real friends.

I loved the one about this old lady, in the Deep South.  Being a Georgia girl, I thought you would like this one too.   Her voice was so rich and southern.  I wanted it to go all night long.  That sounds kind of weird, a double entendre, and no pun intended. And no, I’m not talking about sex, but she was.  Lord have mercy.

This was one of them shows that you could participate in and take snap shots if you wanted to.  No flash though, or some lady was going to come down and take your camera away.  And you could whop and holler all you wanted during the performance. Some did.  Some didn’t. I had a bad cough, so no hollering for me.  Don’t worry, I’m okay.

This was a user-friendly theatrical experience where they took you out at one point in the show to buy drinks and then escorted you back in, after you were a little high.  And while those folks left, we got to play some games.  But that didn’t work so well on this night.

I still didn’t understand why sex was such a mystery in our household.  Remember when you told Jim to tell me about the birds and the bees?  He took me out on the front steps and talked about corn.  Wow that was confusing – I hope that got a laugh out of you.

I always loved your laugh.

Anyway, I got the show, I got what they were trying to say and I learned a lot, not a lot about sex, but about women’s lives and their day-to-day living.  And here’s a reality, I really cared about these women, each and every one of them.

Overall some things worked to perfection, others, well, no so well. 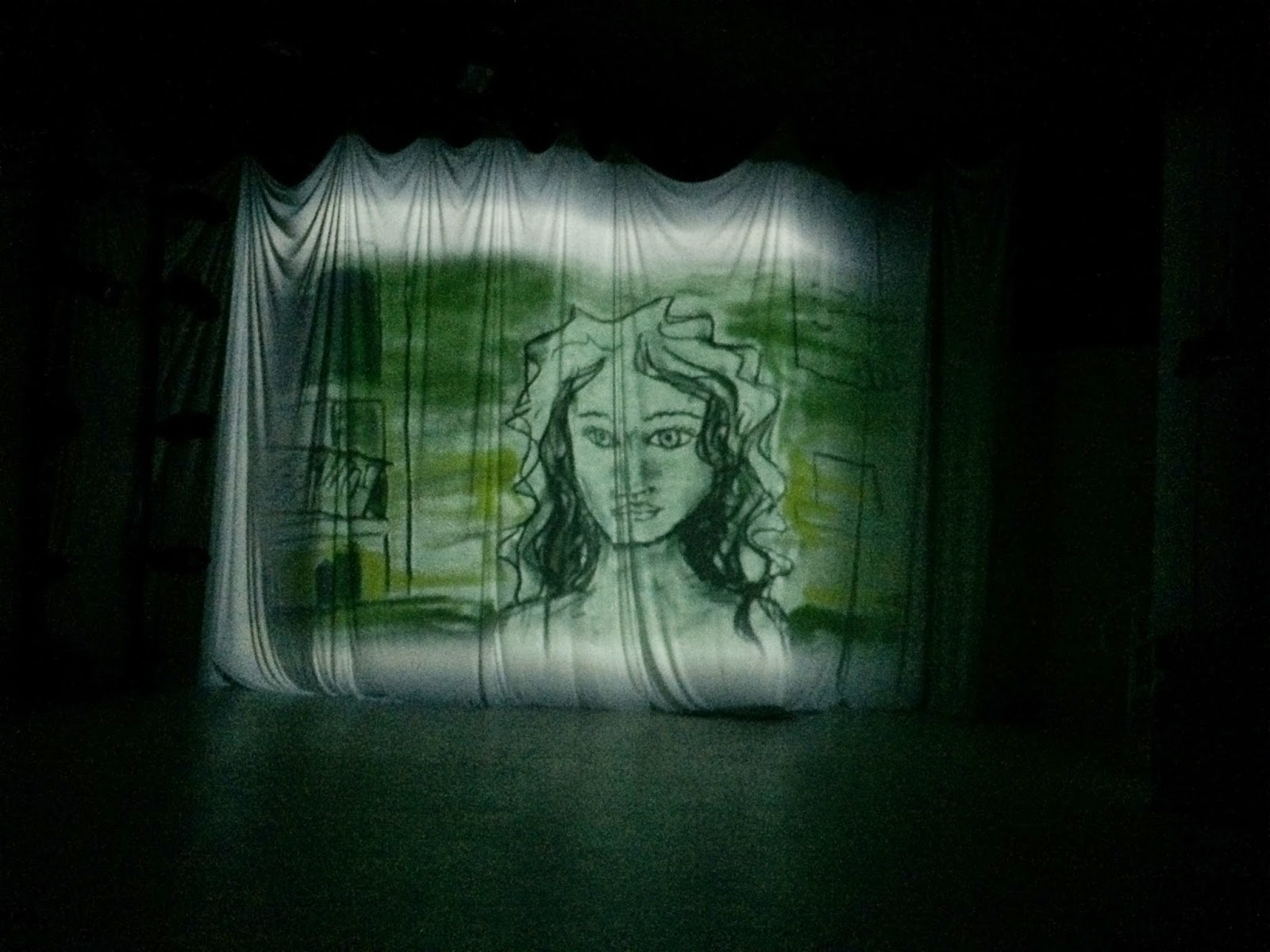 I’ll tell you what I really liked was the thing that looked like a film, a woman and her diary. The character was a 40-year-old virgin (oops, an unmarried lady) looking for the right person and wasn’t that the ideal way to find love. It was a movie that was a book, about a girl and a guy, and getting naked.  Sorry.

Alexandra Meda was the director and there were so many things that were right about this production.

I get it and it made me think. I think I understand what you went through, being a single mother with five kids. And the writers of this show tackled a lot of issues including domestic abuse and overcoming adversity in the face of grave dangers. And, you know, I don’t have to remind you about that. Family secrets.

I’m going to send you some pictures I took.  The women were really pretty and they were smart too and, in the end, I can’t help but wish them the best, in the same way that I wish my girls the best. 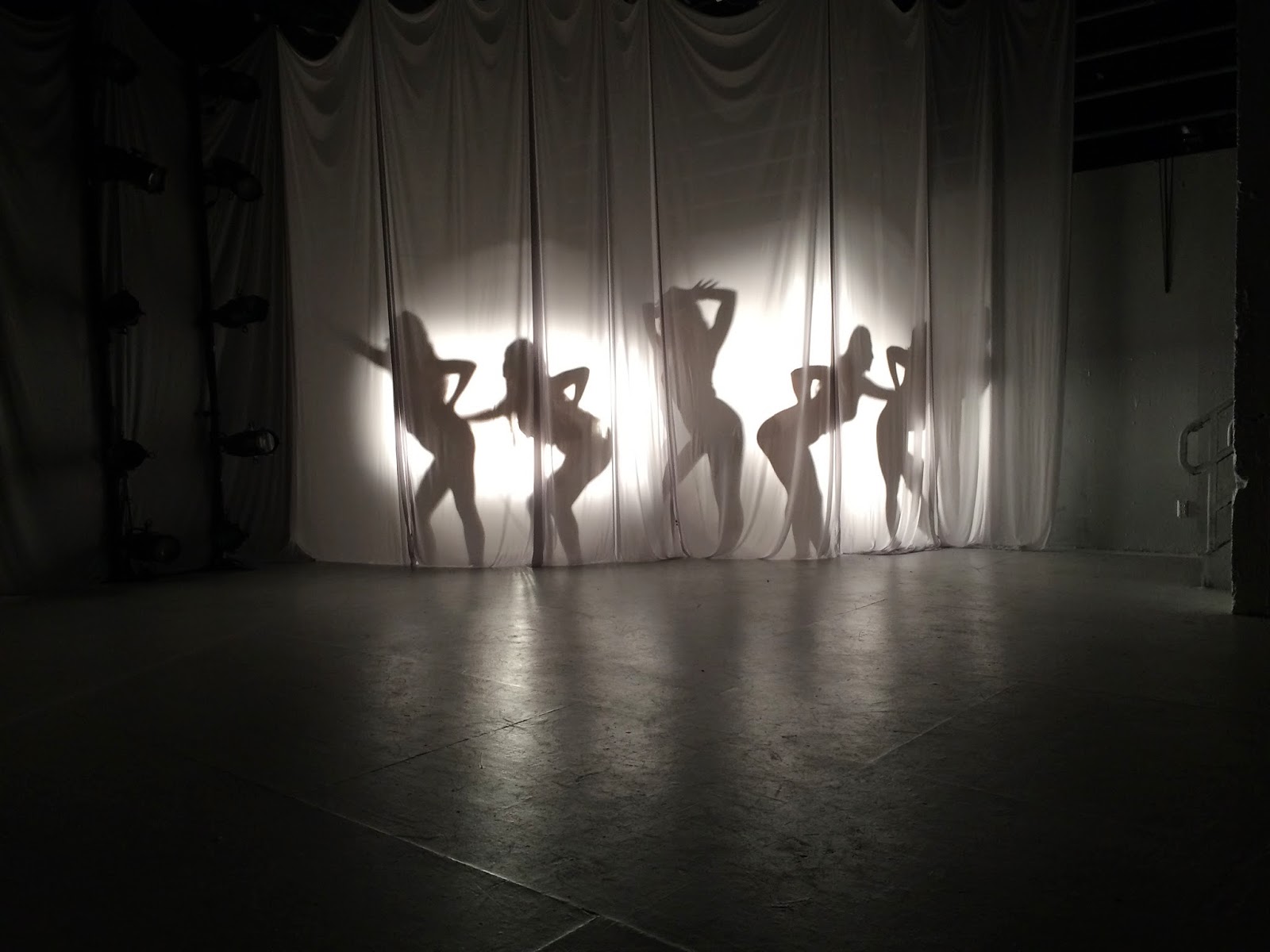 Ysaye McKeever did the choreography and was also an important part of the show, I mean look at those women dance!

Sorry, I didn’t write more often.  You know me and letters.

Anyway, I hope this letter finds you.  I miss your laugh, the way you’d throw your head back.  I catch myself doing that too.

And I hope you can hear me whisper, “ I love you,” this one last time.

Run! And take someone, well why not make it your mother.